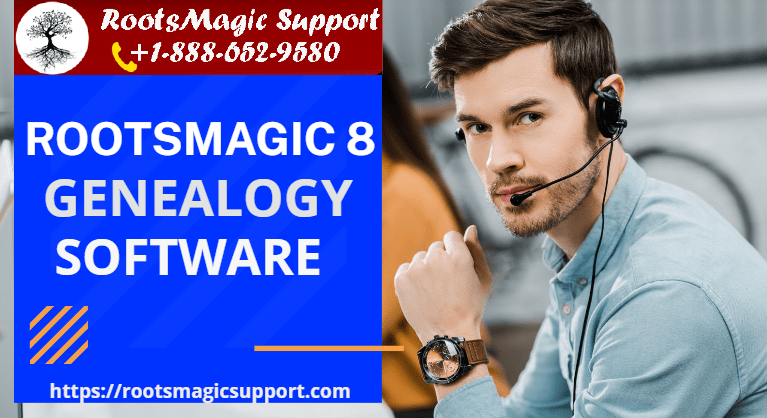 No, for now, you will not able to update your version from RootsMagic 7 to version 8 or you can’t use the 8th version on Mac or another computer. You have to wait for some time to release RM 8 officially.

RootsMagic 8 will be the future latest version of genealogy software. It is under testing for the last couple of months. Although the 8th version has been through massive advancement and testing is going on with thousands of users, there is still development needed before it is officially released. There is an opportunity for you to get feedback from those users who are evaluating it and you can familiarize yourself with the RM 8 before it is officially launched.

When Will RootsMagic 8 be Released?

Current Offer Of RootsMagic, Buy RootsMagic 7 And Lock The Price of RM8

The company also giving offers to our users. If you have RootsMagic 7 or you are buying RootsMagic 7, then you will get the free upgrade of RootsMagic 8 when it is released.

We all know that still, there is some time for RM 8 to get released officially. But, it is also a truth that all are waiting so hard to know about its exciting and new features. So for that concern only, we are here with this blog.  In which we are going to guide you some of the Demonstration Of the upcoming version. 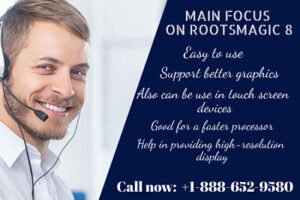 The Main Focus of RootsMagic Software

The main focus of the software is to make people free from the problems that they are facing while using Roots Magic. And for that purpose only, RM 8 is being designed in such a way that it involves rethinking, redesigning, and rebuilding the interface to fix the common issues.

Some of the Advantages of this Software are as follows:

Things You Can Be Done Easily with this Software

These are some of the things that one can do with Roots Magic.  Now, the only wait is for getting it to release as soon as possible.

Also, Have a look at How To Get

You can get the RootsMagic 8 under Community Preview by clicking here.

Community Preview is a platform to participate in evaluating the RM 8, where you will receive a transitory RootsMagic 8 link to download the software with the registration key which will unlock all the features of RM 8 till the time it is finally launched officially. Moreover, it will be free to be a part of Community Preview and get feedback and test RM8.

Until the RM 8 is not officially released, the RootsMagic software support is not available since the technicians are also getting acquainted with the new RM 8 software and are not trained enough to offer any help. You can join the RootsMagic special Facebook group to discuss the new software with other users

If in case you have any issues regarding the same then you can always contact the experts at RootsMagic Customer Support Number. You will be assisted immediately by the technicians who are ever ready to help resolve any related RootsMagic queries. The services here are open 24×7 so you can call up any time that is convenient for you.

RootsMagic 8 features are Not Available in the Community Preview

There are features that were available in previous versions but not available in RM 8 under Community Preview. Those features are listed below, and they require more testing and development before it is available to all users.

It is in beta testing where you have the chance to get RootsMagic 8 under Community Preview. It is a free service where you get the link to download the RM 8 and use it as a beta tester.

It is important to note that the RM 8 software will be free to assess without any extra cost. However, you will get it free if you have purchased RootsMagic 7. If you are using old RootsMagic software, you can upgrade it to RootsMagic 7 at a discount price now.

Still, you can’t download the RootsMagic 8 in your system but if in the future the date will release. then you can download the link from rootsmagic.com.

You can’t download RootsMagic 8 as the free software but there you have an option to choose a free version of RootsMagic is RootsMagic Essentials.

The good thing about RootsMagic 8 system compatibility is that it is available for both on the latest Windows and macOS.

There is a single feedback form that helps to share the errors, bugs, or if you have any suggestions. If you click on the envelope icon in the upper-right corner of the RM8 screen, you can get access to the feedback from within the software.

If you buy RootsMagic 7 now or already have RM 7, so you will be the luckiest person because whether you have the 7th version and you want to upgrade this software to RM 8 then your price will automatically decrease.

So, those who really want to enjoy the features of RM 8, must need to purchase the 7th one if they don’t have one. Then only, they can enjoy its exciting and advanced features and can do a lot of things with the help of this.

The previous RootsMagic version format was (.rmgc). However, RootsMagic 8 format is (.rm8). It is possible to convert the old format to the new format. You can also use the GEDCOM for the same purpose without affecting the original file. 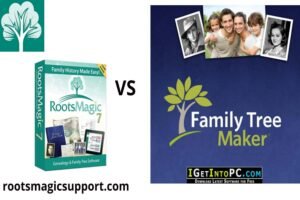 First, the color-coding options in RootsMagic and family tree maker.

FTM has eight color options, while RootsMagic has fourteen.

For example, I supposed in this place, In FTM I used blue for my male line and pink for my female line (corny, but it’s easy to see at a glance). Also corny (I used green for the Irish, after all).

I was left with six, which I wanted to use for areas. When I’m searching for records in Ireland, for example, I can quickly see which entities might have records in that ar

Does the problem occur in RM Software and Family Tree Maker?

I had established eight primary regions of the world for my family tree, but FTM didn’t leave me with enough colors to chose from. I did it with RootsMagic, and I still have four more if I find another big area or something else to color code.

The Relationship Reports, which show your relationship to an ancestor by displaying all of the ancestors on that line. Both software has this fantastic function, which I use and recommend to those who are interested in family history.

The RootsMagic 7 was launched in the year 2014. There were updates and the 7.5 version added Ancestry connect and Tree Share features. Still, it needed to upgrade itself to compete with the other genealogy software.

In this blog, we discuss the RootsMagic 8 Release Date, but still, the date is not released officially. RM 8 is the future latest version of RootsMagic Software and will release as soon as possible. The RootsMagic company continuously working on this new version.

When Will RootsMagic 8 Be Released?